Turkeys had me at their first call. Especially the bourbon red turkeys we got two years ago.

I had raised broad-breasted bronze turkeys in 4H for several years and if you know anything about those boogers they grow extremely quickly and are ready for the butcher as early as 14 weeks.

A few years into getting married my husband and I go pick up four bourbon red turkey chicks from a local breeder. A few weeks into raising them I am racking my brain thinking I am doing something wrong.

These bourbon reds were growing at a snail’s pace. What was I doing wrong?!

Then I realized. “Duh Leah, they are a heritage breed. Of course, they are growing slower” I had a good laugh about that.

Heritage Breed Turkeys Are So Frendley

Honestly, I think most turkeys are pretty friendly but the bourbon red turkeys are even more friendly then the meat breeds we raised for 4-H.

The bourbon reds we had would see me working on something and come work their way into what ever I was doing.

I was trying to put gas in this old owner and these two came bolting across the yard and perched themselves right there all on their own.

The Troubles Were Far From Over

At the time we had taken a flock of road island red chickens off the hands of one of our church staff members who was moving. Well true to the bossy nature of the breed they were bossing the turkeys and not letting them to the food. Causing us to lose one.

Then an owl (which we didn’t know at the time that’s what it was) ended up cleaning out the rest over time.

The turkeys were getting quite large and I, unfortunately, was thinking that they should be getting big enough that the predators surely wouldn’t be going after them now.

Oh, boy was I wrong.

We have driveway monitors over the coop door that go off in the house if something goes in and out of the coop at night. Which chick works great. You can deal with said problem the country way of doing things no problem.

Until you are fighting a predator with night vision…

While on our last bird it took us four nights to realize what was eating our turkeys and also realizing that we had to keep the lights off.

We finally got the little booger but not before he cleaned out all of our birds.

These New Turkeys Will Be Living In Fort Knocks

So needless to say when the new turkey chicks arrive in June and are ready to start moving outside several months after that they will be having a lot more boundaries and no more perching where they feel like it. Even if they are big boys and girls.

Before I get into detailed care about raising bourbon red turkeys I wanted to give you some quick tips that I have found to be helpful along the way no matter what breed you have.

Where Bourbon Red Turkeys Came From

Bourbon Reds were bred in Kentucky and accepted into the American Poultry Association in 1909. The appearance of the Broad Breasted White turkey caused a decline in the popularity of Bourbon Reds.

Even though Broad Breasted Whites can offer a higher meat yield, Bourbon Reds are loved for their heritage qualities and are a top pick for many homesteaders.

Bourbon Reds are relatively larger than many breeds of turkeys, which is what makes them more ideal for meat production.

A fully matured tom turkey can be expected to reach up to 32 pounds. Your turkey could be bigger than your dog! Fully grown hens weigh approximately 18 pounds.

Like I said earlier Reds have very friendly and sweet demeanors. Like any animal, there can be an occasional aggressive or territorial male but they normally only behave that way towards other male turkeys or birds they view as the threat.

When it comes to human interaction, Bourbon Reds are surprisingly friendly birds with an outgoing temperament.

A nicely dressed carcass from a Bourbon Red should be somewhere in between 14 and 23 pounds. Bred primarily for their nice breast meat, this is an excellent choice for a table bird.

Egg Production/Other Uses The cycle of turkey egg laying is a bit more fickle than one might find in chickens.

Bourbon Reds reach sexual maturity between 7 and 8 months of age but generally won’t begin laying until the spring after they hatched. Sometimes a hen might lay a few eggs in the fall before winter begins but will stop production for cold winter days.

Egg production in turkeys can significantly vary based on weather and broody schedule, but you can expect approximately 160-180 eggs per year from a single hen.

Young turkeys are rapid growers and require more protein than most poultry types. It’s best to supply your poults with a 30% protein starter until your poults reach 8 weeks of age.

Once your poults are 8 weeks old, transition them to a good flock raiser with 20% protein, but high-calorie content.

If you are raising your turkeys for meat, you can keep your turkeys on this flock raiser until butchering time. However, if you have turkey hens laying eggs, it is best to put them on game bird laying feed during laying season.

If possible, keep your tom turkeys on flock raiser while your hens eat the laying feed. During the season when your turkeys are not producing eggs, you can put the whole flock on their flock raiser.

Being a heritage breed, Bourbon Reds are good at foraging and can do well in a free-range environment. Bourbon Reds also tolerate confinement if that’s what you choose to do.

The bright side of free-ranging Bourbon Red is their lack of susceptibility to common daytime predators such as hawks Inside your coop, you will need to provide 8-10 square feet per adult bird to make sure everyone has adequate space. When providing roosts, take care to place them no more than 18 inches off the ground.

Jumping off high places for large birds such as turkeys can cause leg and feet issues. Outdoors, you will need to provide a half acre of space for every dozen turkeys.

Turkeys are literally the best when it comes to a breed that lovest attention. If you are completely new to raising poultry chicks of any kind make sure to read this post.

Have questions about the turkeys? Drop them in the comments. 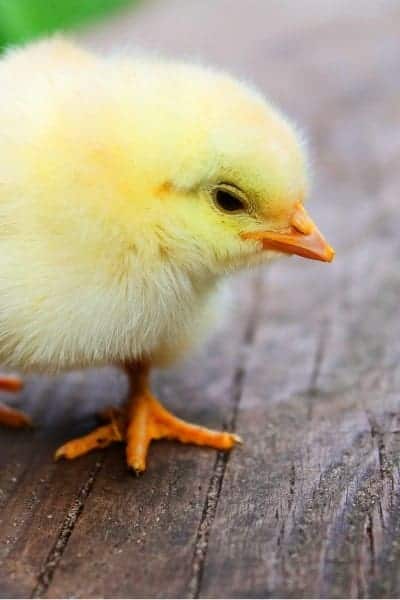