Why do rabbits grunt? If you have a pet rabbit, raise them for show, or they supply your homestead with meat it is helpful to know what common noise you might hear from a rabbit. This will help you know how they communicate.

A rabbit’s grunt will sound like a cat’s purr.

There are only two reasons why they will grunt. One they are flirting with another rabbit to mate.

Or they are getting ticked at you. <– This one could be a few reasons so I will explain that one later.)

Rabbits are typically nice quiet pets which is great for a rabbit owner who lives in town. (Or if you are like me and just like things to be calm and quiet)

Let’s also be clear that the grunt should sound like it is coming from the chest area and almost sound like a dog when the rabbit grunts.

The first scenario where you will hear a rabbit grunt is:

Why Do Rabbits Grunt While Mating

If you are breeding rabbits and you hear grunting from either rabbit don’t freak out. Both sex’s will have a “mating grunt”

If they are not fighting each other just wait a minute. Female rabbits (Doe) will grunt and sometimes even nip the male. If you do not see any sign of pain then let her encourage him.

The other thing you will hear is right as the male rabbit (buck) will lift his hind legs forward and roll off to the side of the doe and often make grunting noises.

Rabbits are prey animals and you have to look at their behavior through that lens if you want to understand why your rabbit is grunting.

A rabbit scream is very different from a grunt and you will know the difference. I have only heard it a few times but rabbits will only scream if they are in extreme pain or something scared them REALLY bad.

A baby rabbit from a litter had managed to wiggle its way out of the cage between the door and the threshold. It was on the ground outside of the cage and I bent down and grabbed it from above.

Its natural instincts kicked in and I made it feel like it was going to be eaten. Which at that age is what is most likely to happen in the wild.

Rabbits are very sensitive to things like high humidity and fluctuation of the weather outside. If your rabbit is not a pregnant doe or you do not plan on breeding your rabbit. I would give your rabbit a sprig of fresh lavender plant as a preventative. (Learn more about the lavender plant and what it does here.)

If a rabbit’s chest is rattling from a respiratory infection it will sound like it is coming from the upper lung area on the back. Not the chest or belly area.

Also if your rabbit is grunting or growling at you it will likely be up on all four legs exhibiting aggressive behavior not laying down.

If your rabbit is feeling sick it may also be holding its head in the corner and avoiding you. If you have a vet nearby you hear the rattling in the chest or see a runny nose that is not clear. You may want to seek medical attention for your rabbit.

Just be wear that veterinary care my not fix it by that time. Rabbits go down hard and fast. I don’t say that to scare you or to rain on your parade.

I just want to be clear and honest with you.

Rabbits need rules and boundaries too. Not just humans. You have to go about training them in a different way but the idea is still the same.

A grunt in this scenario is a sign of disapproval. AND the precursor to a bite if pushed.

But let me go over the times when you are most likely to hear a grunting noise and what you should do about it.

The Rabbit Is Territorial Of Its Cage

If your rabbit is territorial of his cage he will often back into the corner over the cage and still be facing you. If a human hand is being put into the cage and you hear a grunt he will likely attack it if you keep going.

There is a difference between fear and I will go over that next.

Treatment: In this instance, it is best to put on a thick stock jacket that can handle being scratched. Reach into the cage (if you can fit your whole upper body in the door then do so.) and grab the rabbit by the scruff (the loose skin over the shoulders) with one hand and use the other hand to scoop up the rear end.

QUICKLY tuck the rabbit’s head under your arm in between your ribcage and upper arm. Rabbits will calm down if they can’t see. The whole goal is to get the rabbit’s eyes covered and held up close and snug so fast they didn’t even have time to think about it.

If you are able to get your upper half into the rabbit’s cage then grab them with their head in between your upper arm ribcage right from the beginning.

Keep working with the rabbit daily taking them in and out of the cage until they do so without a fuss. Pay attention to how they are acting. Short and sweet sessions are better than working too long and ending on a bad note.

Fear Vs Being A Dominant Rabbit

Rabbits don’t live in packs or herds. They don’t have a pack leader like K-9s they are dominant over an area of space and resources for survival. While they do have rabbits they cross paths with in the wild it is often for a short time and each rabbit is given respect and space.

A rabbit will be dominant because it views other animals and rabbits as a drain on resources.

When a rabbit is being dominant and trying to get rid of something it views as a threat or something that is dangerous a rabbit thumps their back legs as a warning.

If your rabbit is afraid it will put its head down and its eyes will often get very wide. While the rabbit may still be making different noises it will still be behaving in a submissive manner.

Rabbits Can Be Demanding

Believe it or not, rabbits can be demanding. Whether it is for their favorite treat or they are wanting out of their cage something that seems cute at first can turn your cute pet into a jerk real fast.

If your rabbit growls at you it is demanding you do something. Figure out what the root cause is and start working on dialing that behavior back.

Before you let your rabbit have free range over your home think twice. Rabbits chew, leave turd trails and take domination over a space in your home that they decide is there’s.

It might sound like a good idea to let your furry friends go where ever they please but you will soon end up with bad rabbit behavior that takes a long time to fix. Like nipping you when it decides under the end table is his space and not yours.

If you like to give your rabbits treats don’t do it at the usual feeding time. Try to make it unpredictable.

This depends on the breed and the rabbit’s personality. If your rabbit has had a litter you do what to check on the babies to make sure everything is as it should be. BUT always assume the doe is going to be a little protective of her litter.

You can add extra feed to her bowl to distract her or if she loves attention you can keep one hand petting her while you check on the litter.

Understanding why do rabbits grunt, rabbit noises, and learning to read rabbit language is not easy.

Just keep at it and pay attention to the way your rabbit stands or the vocal sounds they make while you are interacting with them.

Is it a soft sound or really loud? 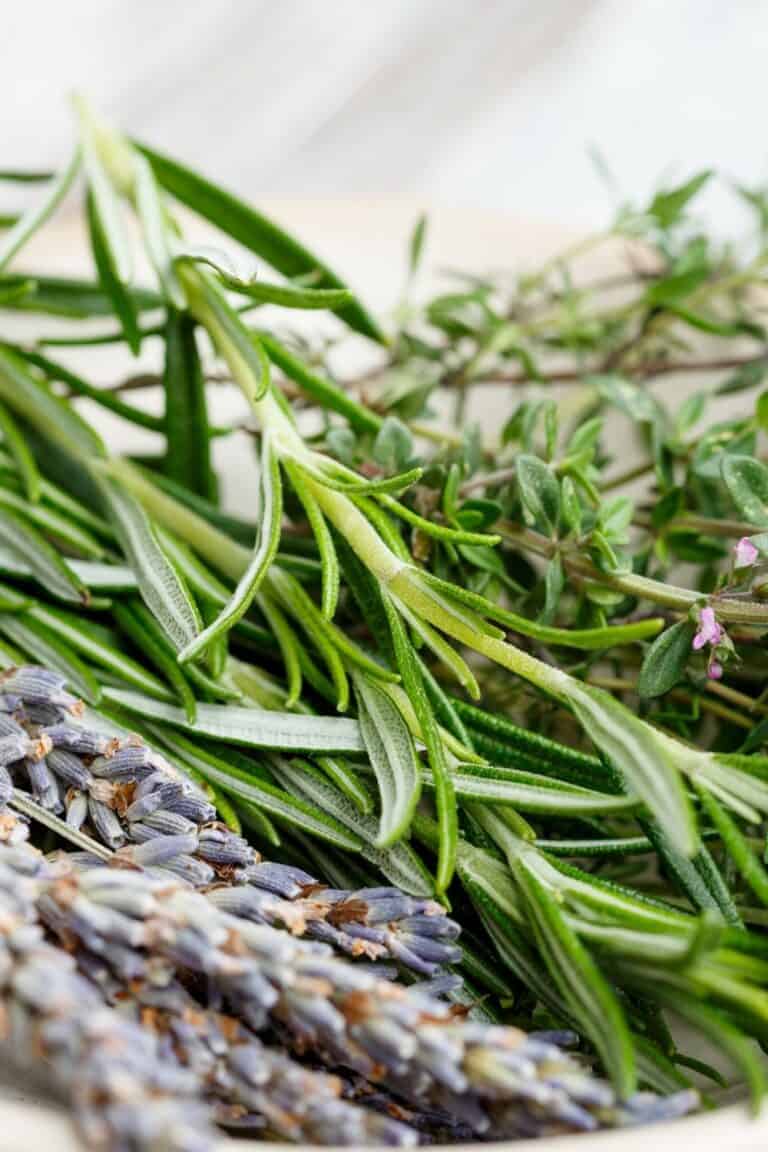 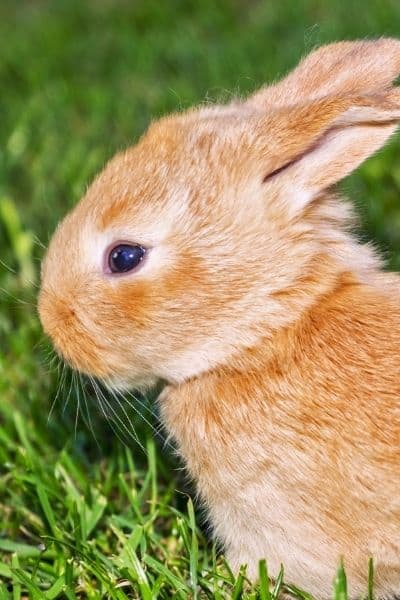 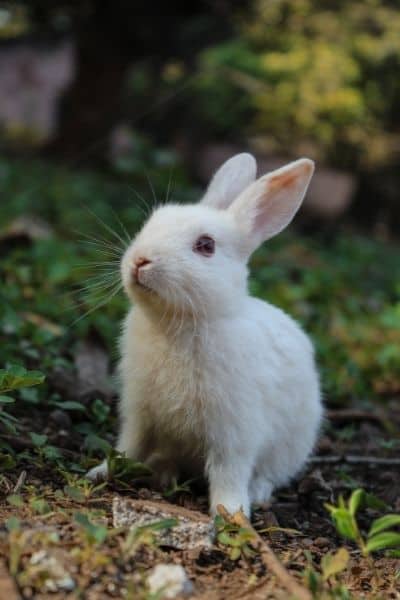