What makes you want to get into silkie chicken breeding? I’d love to hear why.

They are easygoing birds that make great pets. Which is why they are one of the most popular breeds. But, they do seem to end up in some sort of trouble every now and then. At least they did for us.

My husband never grew up with any kind of farm animals even though he lived out of town.

So when I introduced him to the fair world he fell in love with all the animals. He loved these unusual chicken breeds that has feathers that looked like fur. (Personally, I thought looked silly. )

So I decided to surprise him with a breeding pair about two years after we were married.

They didn’t make it more than a year due to preditors. Then this past year in 2021 I tried to surprise him again. I got a few chicks added to our usual order through cackle hatchery.

Weeelllll they had a rough start too. Even though they did not seem to be getting shoved around by the standard breed of chicks we had. I was losing a silkie chick every few days.

After I separated the silkies from the standard breed birds they stopped dying. I think they were getting trampled without my realizing it.

Well as an experienced animal breeder myself let me share a few tips that will help you have the most success.

Like any animal when you are choosing your birds for breeding whether you are buying new ones. Or choosing which pair is going to be bred together. The main goal is to choose the two animals that are as close to the Standard Of Perfection as possible.

Poultry of any kind is judged by the way it stands naturally. There is no posing or stacking by way of a handler. Such as with dogs, rabbits, or cattle.

If you have two cages at your disposal place them side by side. Put the bird you are thinking of breeding each in their own cage. This way you can get a good look at them.

Keep in mind that there is no such thing as the perfect bird. Just because they won at a show does not mean they are going to be a constant show winner.

It just means they were the best that day. Different birds show up at the next show and the judge will think they are better than yours.

Sometimes even the same judge will like your bird one show and put them at the bottom of the next show.

Know what your goals are and what you are working towards. Don’t base the birds you keep off of one judge’s OPINION. Because that’s all it is.

QUICK BUT IMPORTANT NOTE ON CHOOSING SILKIES FOR BREEDING.

Now in general you want to choose the animals that complement each other. Meaning if one has a weak point in confirmation, the other would be strong in that area.

BUT! In my personal opinion that should only be taken into consideration with the animals you already have. NEVER if you are buying new animals for your flock.

If one silkie has a great height and width. While the other has a good back length. The genes don’t know that THOSE are the aspects you want in the offspring.

You could just as well end up with chicks that have both bad qualities.

(If I keep going I am going to get fired up.)

So yes while using that tactic with animals you already have is a good idea. Don’t make your purchasing decisions on that.

Look at the animal as it stands on its own. If it has great type all around and stands out in the areas your flock is lacking. Then yes get the bird.

But if it is poor in all other areas but good in the areas your flock is lacking. Then don’t buy it. You will be introducing poor qualities to your flock that you have already mastered.

Learning The Breed Standard Before You Start Breeding Silkies

The American Poultry Association has a standard for all breeds of chicken. YEP, there is a standard of perfection for almost any domesticated animal.

It would be helpful if you purchased a copy to have on hand to be able to refer to it any time you need to. I have one for the rabbits and use it often.

If you are still testing the waters of breeding silkie chickens. Then a better option might be to read the standard off of the American Silkie Bantam Club website.

Another great way to learn about the breed is to attend a show or two and talk to a few silkie breeders.

This is THE BEST way to learn. Getting an animal raiser to talk about their birds isn’t hard. The best thing to do is find an older lady or gentleman who seems like they have been at it a while and acts at home at a show.

They are a wealth of knowledge. Much better than asking in a Facebook group. That could leave you feeling overwhelmed with a lot of different opinions.

There are two different types of defects. Genetic and non-genetic.

If something happened to the bird-like an injury. That left the bird not showable then that is a non-genetic defect. Meaning it will not pass that issue on to its offspring. In that case by all means breed the animal.

BUT, if it is a genetic defect I don’t think you should keep the animal in your breeding program no matter how good it seems.

Some people are of the opinion that if the animal is “amazing in every other aspect” then it’s ok to breed it.

But it is still a defect.

And it goes back to what I said earlier. Genes don’t know what is good and what is not in our eyes as animal raisers.

So it’s better to not use animals with one thing that is not acceptable.

It takes time to start to see poor qualities get weeded out of a flock or herd. But with consistent culling, you will see a difference in a few generations.

It is ok to breed poultry that is closely related to strengthen a line characteristic.

If you have your flock of silkie chickens on their own with one rooster to every 5-10 hens you should be good to go.

Rooster mount hens fairly often and getting them to mate shouldn’t be a real problem.

If you want a particular pare to be bred here is what you may have to do.

There are few reasons why a rooster will not mount a hen.

It could be because he:

Size Of A Breeding Silkie

Most silkies available in North America are the silkie bantam breed. This means that they are miniature versions of standard-sized chickens.

Usually, bantam silkies will weigh 32 oz for the hens and 36 oz for the rooster.

Their eggs will be about a third smaller than normal eggs.

Silkies tend to be fairly compact with short, squat legs and rounded bodies.

The features that stand out for the silkie chicken is the muff and beard that runs across the chicken’s face and lots of fur-like feathers on top of their heads and body.

If you are keeping Silkie chickens for poultry shows or breeding. Your birds have to have these traits to qualify.

You can buy silkies that are bearded and non-bearded. Bearded Silkies wily have an extra muff of feathers under the beak area.

These are the different solid colors silkies include:

How To Select Eggs For Hatching Silkie Chicks:

1. The correct size and color for the breed.

2. Smooth, even, clean shells with no cracks.

Wrinkled eggs are from a bird that may have an infection. Dirty eggs may harbor bacteria that can ruin a whole batch of eggs. Source: silkie.org

How many eggs can broody hens sit on?

Bantams can’t easily hatch a clutch of eggs with more than six or seven large eggs at a time. If they have more than they should underneath them put an X on the eggs you want them to keep so you know which eggs to take. They make great mothers because they love it. Which makes them egg snatchers.

If she has too many several of the eggs will rot.

Typically it takes 21 days for chicken eggs to hatch, but sometimes they can hatch a bit early.

Silkie chickens wonderful mothers and are famous for their tendency to go broody.

Other breeds have been selectively bred out of their tendency for broodiness in order to maximize egg production. Silkies have been raised only for this characteristic.

Because Silkies are excellent mothers, they are often raised to rear the offspring of other birds, including ducks, geese, and other chicken breeds.

Silkie chickens will go broody several times in one season. Often spending several months of the year sitting on a nest of eggs.

If your SIlkie chicken goes broody, the easiest way to deal with this is to simply allow her to do so.

Common Health Conditions Silkie’s Can Have

These bizarre-looking chicken breed is believed to have come from Asia. It is unknown from where (or when), exactly, these breeds originated, but the most well-documented potential origin is ancient China.

A popular trade item on the Silk Road, the geography of the Silkie chicken lends itself naturally to the name of this breed.

That being said, the Silkie chicken can be traced back to other locations in Southeast Asia as well, such as Java and India.

Aaron Jacobs from Los Angeles, CA [ CC BY-SA 2.0 Marco Polo first wrote about a “furry chicken” breed in the recount of his 13th-century Asian travels, with the first naturalist account of the chicken published in 1598 by Ulisse Aldrovandi.

Silkies eventually traveled west on the Silk Road and reached North American soil shortly after via the maritime trade.

It was recognized officially in North America in 1874, rising to popularity quite rapidly in the States.

Due to its unique appearance, the Silkie chicken is surrounded by some interesting folklore.

For example, early Dutch breeders told consumers that the breed was the result of mating rabbis and chickens.

Popular in circus and carnival freak shows, these chickens were once believed to have actual mammalian fur, too.

Today, the Silkie chicken is one of the most ubiquitous and iconic breeds of chicken commonly kept on homesteads and family farms.

Usually kept as ornamental or pet chickens, they are also fantastic mothers and can be used to hatch the eggs of other chickens and poultry breeds.

Silkies are defiantly a unique breed and breeding silkies will help you keep your flock replenished and even make a side income. Good luck! 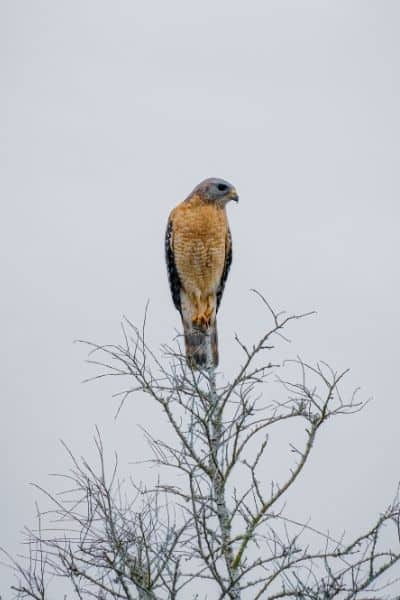 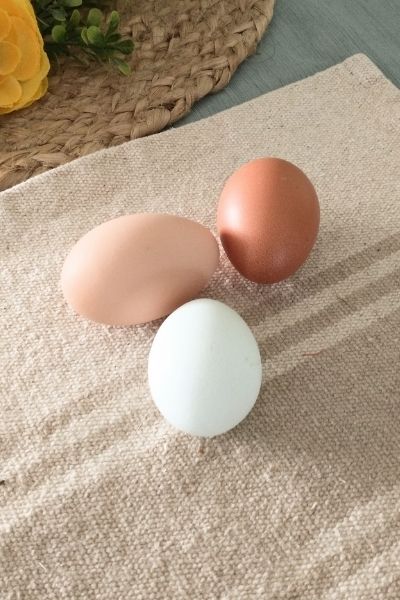 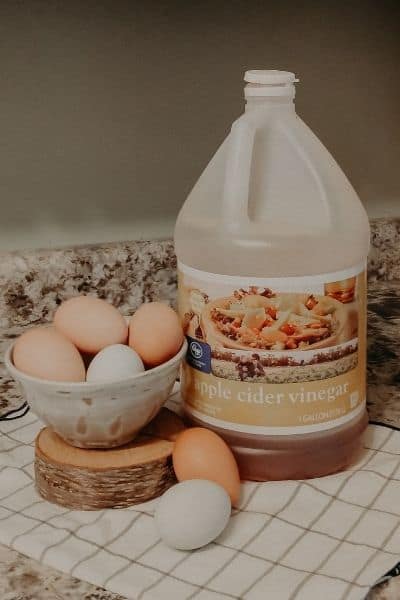 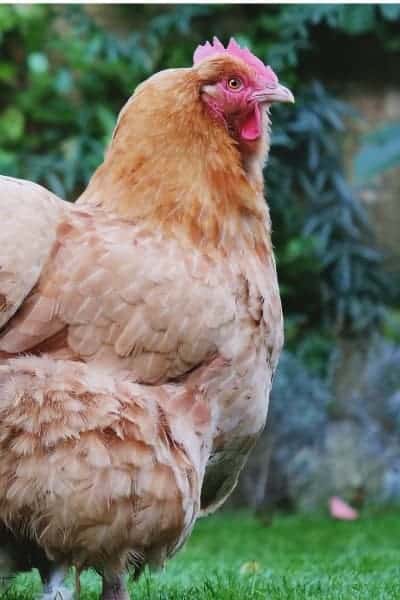