I got several questions about french lop conformation and what I am looking for and a french lop when it comes to the ones I keep or buy.

I have some strong opinions about what will stay and what won’t.

But before I jump into how to look at a french lop (or a breed that is in the commercial category) I want you to hear this.

A judge’s opinions on your rabbits are just that. Opinions.

Don’t go selling an animal just because a few judges didn’t like your rabbit or you placed somewhere in the middle and you want to be at the top. If you are not aware of this oftentimes there is more than one show happening on the same day at the same location. So a rabbit should show multiple times in one day.

So with show A the judge could place your rabbit at the very bottom of the pile. Then your rabbit could go on to win the class or even the show on that very same day with a different judge. (this actually happened to me once.)

The key above all else is to learn your breed so well that you don’t have to rely on a judge to tell you how good your animals are. You already know.

Sure it’s nice to have a second person’s opinion. But you don’t make buying and selling decisions based on that.

Just because a rabbit won first place, a leg (that is a special certificate that gets them closer to winning their grand champion title) or any other placing that sounds good doesn’t mean the rabbit is well put together. It just means that the rabbit was the best that happened to show up that day.

…. ok ill stop before I get into trouble.

What Is It Sitting On

Whatever the rabbit is sitting on will have a HUGE effect on the way they will settle into posing. Make sure they have a carpet or something that is not slick underneath them. Also make sure the surface is flack and not bowed. Causing them to sit funny.

Here are some other things that will cause them to refuse to pose well or be misshaping their body.

In each section, I am going to give you the description from the ARBA Standard Of Perfection. Then break it down the best I can with what image of my past french lops that I have been able to take over the years.

This post will be slowly updated and better examples added as I have them show up. I also want you to be able to see bad examples as well as the good.

The best way to get better at understanding body type and knowing what’s good and what’s not is to be always analyzing and looking at the animals you have access to. Watch rabbit judges and what they are looking at. See what they say. But then also being picky with your own is going to keep you from sliding backward in your herd.

Tired of searching for rabbit care information that doesn’t include letting the rabbit run free in your home all day chewing on your baseboards?

Don’t like the idea of spending $$$ on vet bills when you could treat the common problems yourself if you only knew how?

Overall Body of A French Lop

The body is to be massive and thickset. Shoulders should be broad, well filled, and of good depth. The shoulders are to carry through a slightly heavier and deeper hindquarter, which is rounded and has well-filled lower hips. The animal is to be heavily muscled and balanced, with the shoulders blending smoothly into the midsection, And the midsection blending smoothly into the headquarters. In profile, the body should start at the base of the ears and rise in a gentle curve to its highest point at the center of the hips and then round over and downward to the tail. A simple dewlap is permissible in does.

All right let’s break this down.

These does are all beautiful and well put together. BUT even these have some areas that could be just a smidge better.

This first doe is still on the young side so her head doesn’t quite fit her body yet. But her arch and the overall shape is GREAT! I love how her shoulders go right into the arch (midpoint in her back)

This doe is another really great doe. The one spot I would pick on her for is she could fill out in the headquarters (right over the hip) just a bit. Keep scrolling to see the next image.

This light is right along the area she could use to put on some muscle.

Again this is another younger doe and she overall is shaping up really nicely. However, if I wanted to be picky I would say her shoulders could be just a bit shorter. Notice the white line indicating where the shoulders are just a bit to long.

This girl has one key point over the others because she has the mass that is ideal in a french lop. She has width and larger bone than some. Her one area that she needs to fill out again is the hid quarters. Scroll to the next image to see the shape.

She has what some would call hollow headquarters while it’s not severe it is one area she could be better.

The head is to be strongly developed, wide, and sturdy. Does are permitted to be slightly feminine. The Head is to be set closely on the shoulders with the nack as short as possible. The crown of the head is to be boldly curved and there should be slight curvature of the skull from the earbase towards the nose.

This boy had some of the best ears and crown I have ever seen. The crown is nice and bold. The ears go in a horse shoe shape and not a V they are thick and strong.

The ears are to be well placed on the head, rising from a strong basal ridge(crown), and lopping vertically on both sides of the head. Ears are to hang close to the cheeks with the ears opening towards the head. The outline of the years and crown should resemble a horseshoe shape.

Length and width of ears is to be in proportion to the size of the animal. When the French Lop is sitting in a normal position with the head up the ears should extend 1.5 inches or more below the jaw. Ears should be well furred and well-rounded at the extremities.

This position is great and the ears come down right behind the eye. (in this image he is laying down and they go a smidge over the eye but if he is standing up they would be a bit more straight down.

This is a doe and while her head shape was nice her ears were a bit to far back. Also hear head was just a little on the small side for her body.

Now this is a baby but it is the perfect example of what you don’t want to see. There is almost no crown to speak of and the ears are really far way from the cheeks. While the grown will often get bodler as the rabbit grows. The placement of the ears rarely develops into anything better than it is.

Legs and Feet Of A French Lop

Legs are to be thick, short, straight, and parallel to the body, with good width between the hocks. Toenails on broken patterns may be either light or dark. The difference in pigmentation between rear and front toenails is permitted. (but they should be the same on each foot)

This is a lot harder to show because when they are standing you can barely see their feet. An example would be that their legs should almost be the thickness of a cigar. But on a french lop adult, you would want to be able to hide two fingers under their leg as shown below.

Heavy bone is very important. (this is all they say about it in the standard🙄)

The core thing to remember with this is the thicker the better. If they start to get thin bone you will notice it.

Coat is to be glossy and lustrous with an ideal length of 1 1/4 inches. It is to be uniform, very thick and dense with good rollback.

Rollback means that if you ran your hand from the rump to the head the fur would naturally go back into place and not stay standing all messed up. While a french lop isn’t going to have as good of rollback as say a californain would it should still start to go back into place most of the way.

While fur is not on the top of the point list when it comes to how important an aspect of a rabbit is. This is the difference between being at the top or the bottom. If a rabbit doesn’t have a good coat it will be in the lower half of the class.

THis doe is really nice but notices the difference between the fur across her back vs the fur on her lower half. at the time she was going through a light molt. The fur on top is darker and “fresh” whereas the fur on the bottom is lighter and waiting to come out.

This buck has always had nice fur, it is soft and quickly goes back into place.

When Choosing A Rabbit

Remember no animal is perfect and finding the rabbit that will win every time isn’t going to happen.

When choosing a rabbit NEVER choose a rabbit that has one good aspect and is crappy in all the rest. There is this theory that some raisers have that they will buy a rabbit that has a good head but has a bad body type and breed it with a doe that has the opposite qualities assuming that they will get good babies…. that makes no sense what so ever. The genes don’t know what is good and what isn’t and say “oh no let’s make sure to use the good features of momma and daddy to make good babies” 🤦🏽‍♀️

Start with making a list of the confirmation aspects that are most important to you and choose animals based on that. Then once you have your own herd always look to bring in animals that are better than what you have BUT make sure they don’t take your herd backward in something your herd is doing well in.

According to the ARBA Standard of perfection for french lops this is the point system they have in place out of a total possible 100.

I will say that some judges don’t seem to prioritize them in the exact order but this is what they should be doing.

Just keep learning and don’t give up. It takes time to improve your stock and learn that grows well.

Get The Profitable Rabbitry Playbook

Learn the strategies that I use to make multiple four figures a year in my small 12-animal rabbitry.

Get Your Copy Here! 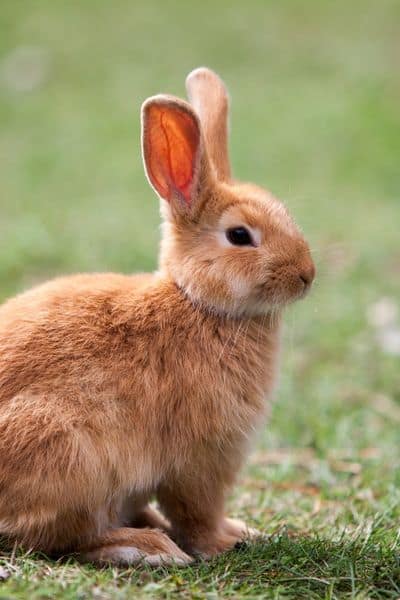